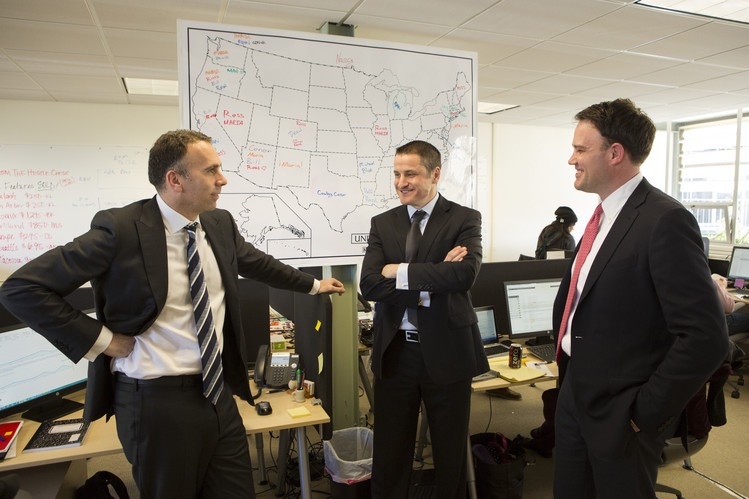 Since its founding in 2010, Privateer Holdings has grown rapidly, almost doubling the number of employees in the last year alone. Yet when Rommie Callaghan joined as the company’s first HR VP, she found a young, quickly expanding company operating without a formal compensation framework. “It was typical startup in that the founders had been doing their own hiring and setting their own salaries. There were no salary bands and no compensation philosophy. When I came on board, it was clear to me we needed a structure in place because there were inequities in terms of compensation. People doing similar jobs were being compensated differently.”

We were on a growth trajectory, so I wanted to make sure we were hiring into the right ranges, the right salary grades. I had worked for startups before, so I knew if you wait too late to do it, there’s a lot of turnover because people aren’t compensated appropriately from the beginning.

;
The Results
Eliminated the use of spreadsheets for increases.

In the past, Callaghan had relied on spreadsheets to manage the increase cycle. “I have been doing merit and bonus increases in Excel for as long as I can remember, and I can’t stand it. It’s so painful,” said Callaghan. “We did our first ever cycle increase with PayScale Crew this year. Crew is cost effective, time saving, and it allows me to manage the process very easily.”

Privateer’s multiple businesses made managing compensation with spreadsheets simply unsustainable. “With PayScale Insight, I have access to different labor markets. I find that very helpful. And managers love it. They didn’t even need the extra training that was offered because PayScale is so intuitive and easy to use.”

Ensured fair compensation for all employees.

PayScale has helped Privateer create a strong, data-driven compensation framework. “With PayScale, we can set the right pay upon hire and promotion and get people to where they need to be paid,” said Callaghan. “With PayScale, I feel confident 99% of our employees are paid where they should be. It’s been very impactful for employees.”