Last week, the City Council in Portland, Ore. voted to impose a tax surcharge on companies with high CEO-to-worker-pay ratios. Companies whose CEOs make 100 times more than the median-paid worker will pay a 10 percent surcharge. Those with chief executives who make 250 times the median employee salary will pay a 25 percent surcharge. The rule is the first of its kind in the country.

“When I first read about the idea of applying a higher tax rate to companies with extreme ratios of C.E.O. pay to typical worker pay, I thought it was a fascinating idea,” Commissioner Steve Novick, the plan’s sponsor, told The New York Times. “It was the closest thing I’d seen to a tax on inequality itself.”

CEO pay has been a topic of national discussion over the past few years. The Economic Policy Institute notes that CEO pay has grown nearly 1,000 percent since the 1970s. Median worker pay, on the other hand, has grown just 11 percent during the same period. The PayScale Real Wage Index, which measures the buying power of U.S. workers’ salaries, shows that real wages have declined 7.5 percent since 2006.

PayScale’s report, CEO Pay: How Much Do CEOs Make Compared to Their Employees?, found that 50 publicly traded companies paid their CEOs 100 times or more that of their median-paid employees in mid-2016. Six of the highest paid CEOs made 300 times more than their typical employee. 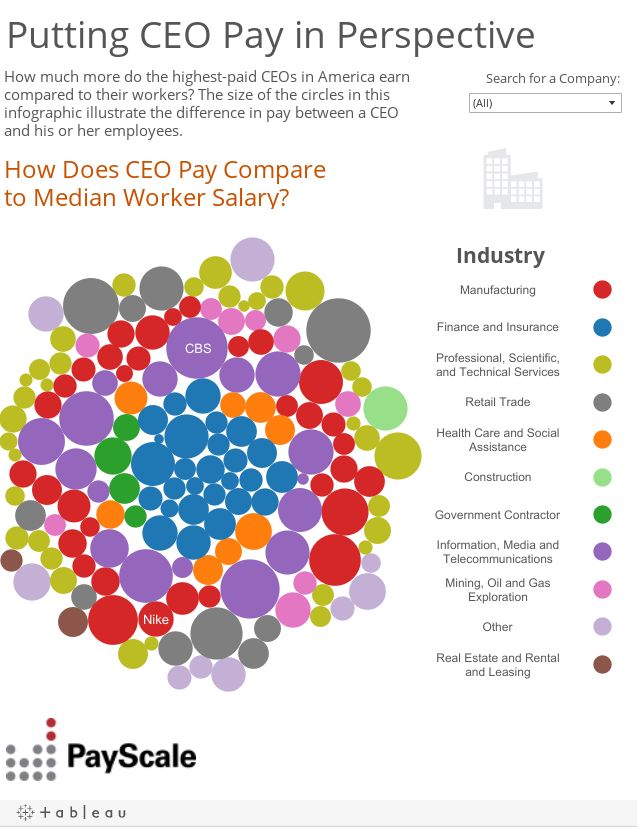 Critics say that the surcharge is unlikely to move the needle on income inequality, for several reasons.

“The new rule could affect more than 500 publicly traded companies that do business in Portland, including Fortune 500 companies Wells Fargo, Walmart, and General Electric, the city says,” writes Polina Marinova at Fortune. “But because many of these multinationals do most of their business outside of Portland, the actual dollar amount deducted for the tax would be miniscule: the city estimates it will generate about $2.5 to $3.5 million per year from this initiative.”

“This is certainly part of the solution,” said Thomas Piketty, a professor at the Paris School of Economics, in an email interview with the Times, “but the tax surcharge needs to be large enough; the threshold ‘100 times’ should be substantially lowered.”

The Portland Business Alliance opposed the surcharge. The organization’s vice president for economic development, Marion Haynes, says, “This is not something that can be dealt with at the local level.”

It’s also import to note that since the CEO pay data would come from federal oversight reports under Dodd-Frank, the plan could become impossible to enforce, should Donald Trump dismantle that legislation when he assumes office next year.

Proponents of the surcharge say that even if this initiative doesn’t make a big impact, it could be the start of a larger movement.

“Income inequality is real, it is a national problem and the federal government isn’t doing anything about it,” Charlie Hales, the mayor of Portland, told the Times. “We have a habit of trying things in Portland; maybe they’re not perfect at the first iteration. But local action replicated around the country can start to make a difference.”

Are you for or against legislation like this? We want to hear from you. Tell us your thoughts in the comments or join the conversation on Twitter.