Recent studies show that a vast majority of female students are interested enough in tech to study it in college, however, the number of women in tech careers doesn’t reflect that – not even by a long shot. Let’s take a look at why so many women fall off the tech career path before even choosing a major. 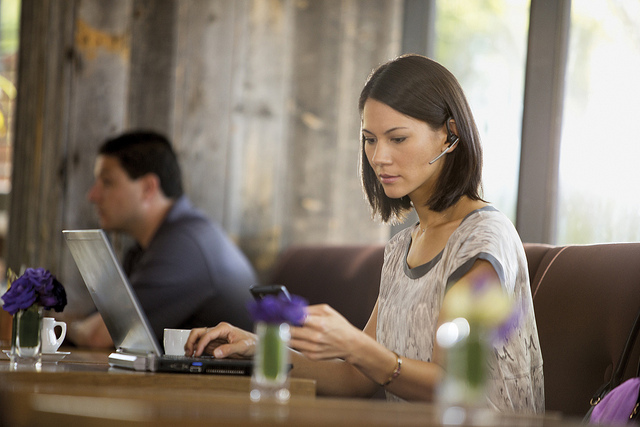 Tech jobs prove to be some of the most promising and lucrative careers out there, but it seems to be a “boys-only” club that isn’t too accommodating to womenfolk. In fact, men outnumber women 7 to 3 in the tech industry, and after hearing some of the horror stories from women in the tech, it’s understandable why few women would want to pursue a career in such a male-dominant sector. Despite the courageous efforts to level the playing field by various tech giants, such as LinkedIn and Facebook, the numbers still aren’t improving enough.

Looksharp, the largest internship and entry-level job marketplace in the United States, recently released its State of College Hiring 2015 report that is based off of the feedback from over 50,000 college students and graduate students. Even at the internship level in a student’s career, women seem uninterested in pursuing tech internships, according to the report (12.6 percent of female students versus 36.6 percent of male students).

The baffling part is that, regardless of their major, 46.5 percent of female students have taken at least one computer science course in college with the intent of “standing out in the job market.” However, actual female computer science majors are few and far between, according to the study’s findings. Roughly 3,000 of the 50,000-plus students surveyed were computer science majors and, of those 3,000 students, only 25.6 percent were female. It isn’t so much that female students aren’t pursuing or aren’t cognizant of the benefits of an education in tech, but rather that something along the way in their collegiate careers is discouraging them from turning their academic studies into a career in tech.

In the end, everyone is free to choose his or her career path, but who’s to say that the unconscious bias that exists in male-dominant industries, like tech, isn’t a big reason why women aren’t interested in pursuing a career in tech. There isn’t any finger-pointing going on here, but rather a need to point out the not-so-obvious.

Harvey Mudd President Maria Klawe says that one of the top reasons women shy away from careers in tech is that they believe they wouldn’t be good at it. That’s certainly not true. What about the leading ladies of tech like Facebook’s Sheryl Sandberg, Yahoo!’s Marissa Mayer, eBay’s Meg Whitman, and these other powerhouse ladies who are paving the way for the younger generations of female techies? They’re obviously doing something right.

Careers in tech are known to be extremely lucrative and secure, and they also tend to offer employees the most laidback, flexible work cultures out of any other industry (e.g. Google), which are perks that are highly desirable to working women, especially working mothers. The bottom line is, the tech industry needs more women (and diversity), not to level the playing field, but to fuel innovation for the future. Therefore, gear up, ladies. It’s time to make history … again!

What do you think discourages women from pursuing careers in tech? Share your thoughts in the comments section below, or join the conversation happen on Twitter.

I don’t think the ladies you use as examples are a hood choice. They are managers, not technicians, the bias are still there, but for different reasons. This is my, admittedly small, real life example. I started working in IT 25 years ago. My class was one of the first attempts in Italy to create an university degree in Computer Science, and females were a good third of the students. The problem seem to be that a lot of us… Read more »

You can’t have more female Software Developers if only 25% of graduates in Computer Science are female. I believe this has less to do with bias in the industry and more to do with the Geek/Nerd persona pushed by Hollywood and other medias. Until the 1980s the male/female ratio was about equal, after that companies like Atari started to push advertising for boys for computer games. This started the ball rolling to giving a perception that computers are nerdy and… Read more »