There’s nothing wrong with a little workplace competition. Even if it’s just to see who can be nicer, competition is as much a part of human nature as breathing. We want to be the best, and sometimes having someone else around with similar ambitions can drive us to surpass our own perceived limitations. And then sometimes, someone’s really just trying to cut you down. 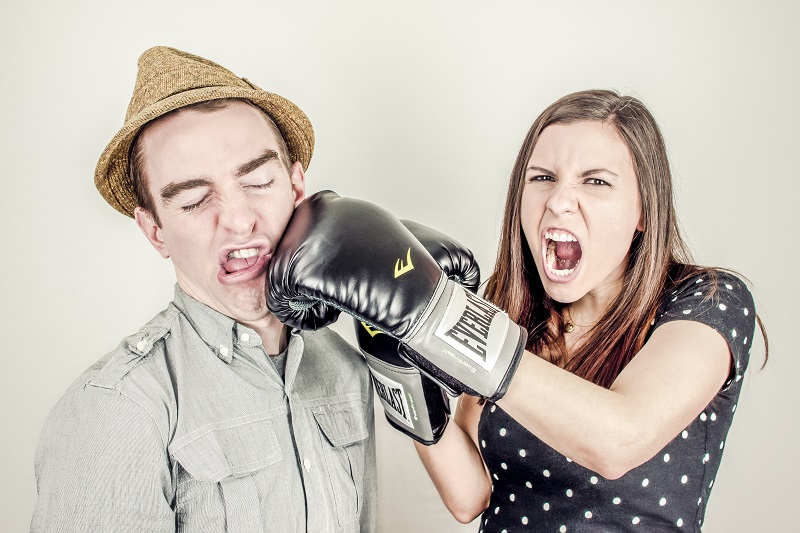 It may be subtle, but you get the lingering sense that this co-worker isn’t competing with you, but rather they’re undermining you. Social undermining, pathological as it sounds, is the use of negativity to impede someone’s ability to accomplish his or her goals.

A 2004 study produced by Elsevier on social undermining in the workplace defined it as “behavior intended to hinder, over time, a worker’s ability to establish and maintain positive interpersonal relationships, work-related success, and favorable reputation.” The study goes on to say that it can negatively affect your attitude, behavior, and even health.

Don’t let this sit; create a plan of action to deal with this kind of active negativity before it affects your work. Here’s a simple three-step process that can help you get a handle on your crazy co-worker.

Start by making a checklist of some of this co-worker’s behaviors, to see if they really match up with the typical traits of social undermining. As per this Lifehacker article, behaviors that you should look for include:

Another key thing is that others will likely notice. If you’re convinced that someone is out to get you, but you’re the only person that thinks so, this may not be an undermining co-worker. You may just have some tension that the two of you need to sort out.

2. Confront Them: Nip It in the Bud

The first step when you identify the problem with your co-worker is to go to them and have a conversation. You are both adults, and it’s important to show them the mutual respect that you crave.

Tactfully, try to lay out some of the behaviors that you have interpreted as hostile, and articulate to them why you feel undermined. Primarily, you can operate from the assumption that they don’t realize the error of their ways. This will keep them from getting defensive, and hopefully lead to a more productive conversation.

If it becomes clear that that’s not going to work, try to create as much transparency around the situation as possible. CC your supervisor on emails, and, if necessary, go to them or HR for advice and clarity. This isn’t about tattling — you need to make sure that your work isn’t going to be discounted or undervalued because of someone else’s vindictiveness.

3. Cut Them Off: Please Don’t Kill My Vibe

If you’re lucky to work in a large enough office, and this person doesn’t work on your direct team or department, you can pretty quickly cut them off. Ask for your desk to be moved to a different location, switch to some different accounts, and do your best to simply ignore this person.

Cutting someone off takes away their power. You don’t have to share your life with them, and simply by not talking to them, you can take the first step in making them less involved, even by proxy, with you achieving your goals.

Have you ever been in a situation like this? How did you resolve it? Tell us your story by leaving a comment below, or by joining the conversation on Twitter!

I spy potentially bad advice. Going to the undermining coworker with your concerns about the undermining behavior you perceive – because you’re “both adults” – could exacerbate the problem. In the discussion, s/he will probably deny any such undermining behavior; you then appear insecure and paranoid for “imagining it,” and s/he gets an even stronger hand. These people thrive on your weakness; showing weakness and vulnerability makes things worse.

Some people are chronic underminers and do it to just about everyone. I have a couple of workmates who e-mail the boss about EVERYTHING that happens – they spend more time tattling than they do working. They really are compensating for their own sense of inadequacy, and so I am as patient as possible with them, I stay away from them as much as possible, and I try not to slack off at my job, so that I give them… Read more »