The folks at both Forbes and the New York Times seem to think so, and who are we to question their wisdom? Especially when there is actual science, not just wishful thinking, to back up their claims.

“A growing body of research suggests that the longer you keep your rear end in your chair and your eyes glued to your screen, the less productive you may be,” writes Susan Adams at Forbes.com. “Getting up from your desk and moving not only heightens your powers of concentration, it enhances your health.”

Adams cites research published in the Times, which showed that working at one task over an extended period of time is like working out the same muscle over and over again — eventually, fatigue sets in, and the body is unable to perform the task with the same skill as it exhibited earlier in the day.

The answer, according to John P. Trougakos, a productivity expert and an assistant management professor at the University of Toronto Scarborough, is to take breaks. Many of us feel guilty doing so, because we’re accustomed to thinking of them as stolen time, but in fact, we might be better off framing breaks as opportunities to improve our productivity.

After all, most of us work at jobs that are results oriented, even if we’re not project-based workers like engineers or designers. In other words, if employers understood what was at stake, they’d probably vote to have us take that walk around the block and return with a clear head. Their bottom line would benefit from it.

If you’re out of practice, and need a refresher course on goofing off for the good of the company, Adams has list of eight ways to do just that.

Do you take a break when you need one, or power through? Share your stories in the comments or join the discussion on Twitter.

3 Ways to Break the Stress Cycle When It Starts

Need a Break From Work? Take an Email Vacation! 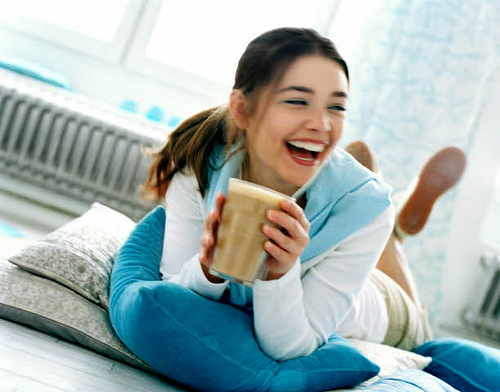