Like any company with a highly specialized workforce, weBoost found it challenging to find reliable compensation data for more obscure job titles.

Like any company with a highly specialized workforce, weBoost found it challenging to find reliable compensation data for more obscure job titles. 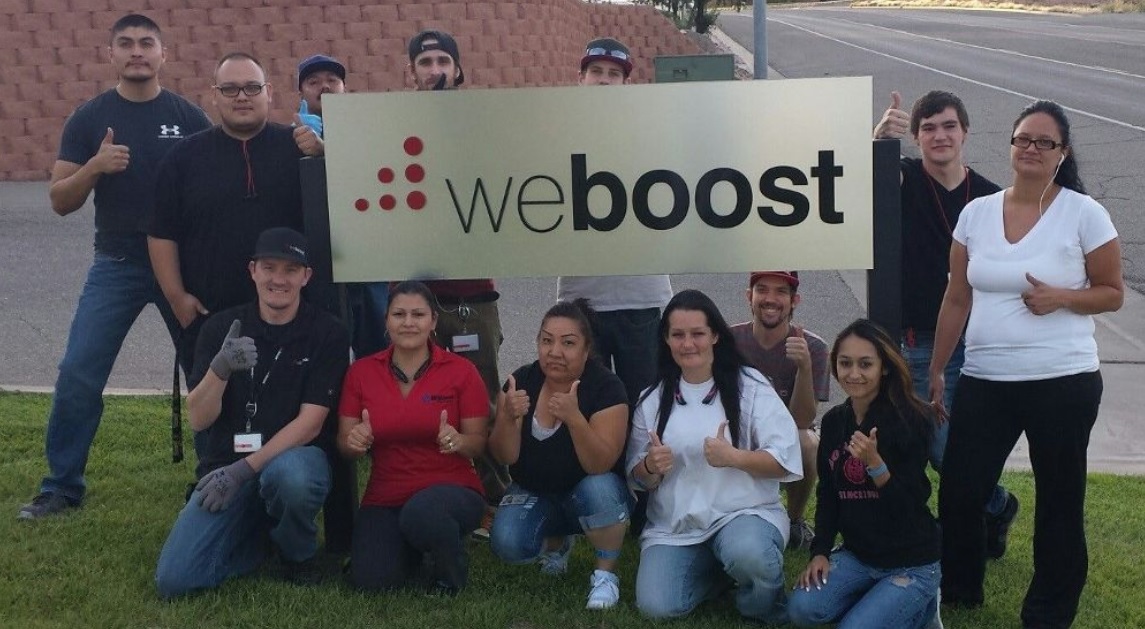 At the same time, weBoost was assessing their compensation strategy, PayScale reached out to Alexander and his team. While PayScale seemed like a viable option from the beginning, the team had significant concerns about the time and effort it would take to make the switch. "While everything I was looking for in a compensation solution was right there in PayScale, I was nervous," said Alexander. "We would have to learn something completely different. That was a downside."

However, Alexander’s concerns were alleviated after the implementation and training process was explained, "It was a no-brainer decision at that point, and we switched to PayScale," said Alexander. "When we started our implementation, I was asked what level of involvement I wanted. I opted for the ‘handholding/babysitting package,’ and I got exactly that."

With PayScale, I get graphs, I get all this geographic data, and I get all the percentiles. It’s the ‘mic drop’ when presenting managers with salary data. It’s so compelling.

;
The Results
Based compensation on facts, not feelings, and enabled access to unique job titles and labor markets.

Previously, weBoost’s compensation strategy wasn’t based on science. "When it came to compensation, we never had any data behind it. People had astronomical bonuses and really out-of-whack salaries," said Alexander. Today, with PayScale, the company is ensuring they’re both retaining key employees with appropriate salary and benefits, and ensuring the company’s long-term growth and sustainability through detailed compensation forecasting.

Gained access to the entire compensation story, not just the numbers.

PayScale provides weBoost with more than just figures. "With Kenexa, I would just get a line of numbers. And we would then have to build spreadsheets and go through all the data manually," said Alexander. "With PayScale, I get graphs, I get all this geographic data, and I get all the percentiles. It’s the ‘mic drop’ when presenting managers with salary data. It’s so compelling. All of our information is in the system. PayScale does the heavy lifting for us."

After the acquisition of their largest competitor, Alexander couldn’t find adequate compensation information for the employees brought on board. "With PayScale, we’ll have detailed information to price jobs during acquisitions. We know we can get good, reliable data for any rural or metropolitan area." This science-based approach has also been critical to solving the challenge of finding accurate compensation data for unique jobs. With PayScale, Alexander and his team can access comprehensive salary information for very specific positions in areas across the country. Instead of having to price a small regional area based on a metropolitan area four hours away, the team can create compensation ranges based on specific locations. "PayScale gives us more data and better data. It is by far the superior product. We’ve found far better information than what we would have found ourselves through other surveys."

One of Alexander’s biggest concerns in switching to a new system was having to manage implementation. But the team spent almost no time of their own on implementation or ongoing maintenance. "I’ve heard nightmare stories of software implementations gone wrong. And this was by far the opposite," said Alexander. "It was amazing. I have never seen customer service like that. Since switching to PayScale, I have had zero regrets."