Very few students choose their major from a list of top-paying degrees. Even if financial considerations are paramount in your decision process, you’ll probably start by examining your strengths and interests. In other words, you might not choose your major for love, exactly, but you don’t want to sink time, effort, and money preparing for a career you won’t enjoy. That said, there’s value in knowing which degrees are most likely to net high-paying jobs for their recipients. PayScale’s College Salary Report ranks the highest paying associate, bachelor’s, and master’s degrees – because no matter what you decide, knowing is better than not knowing.

These are the five highest paying bachelor’s degrees: 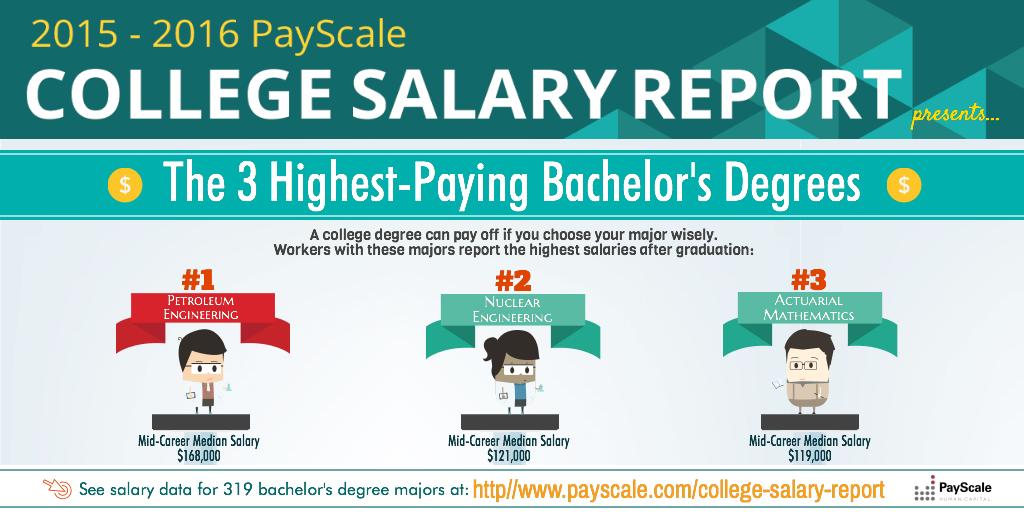 Not interested – or not able – to sink four years of tuition into your education right now? These associate degrees also offer high salary potential: 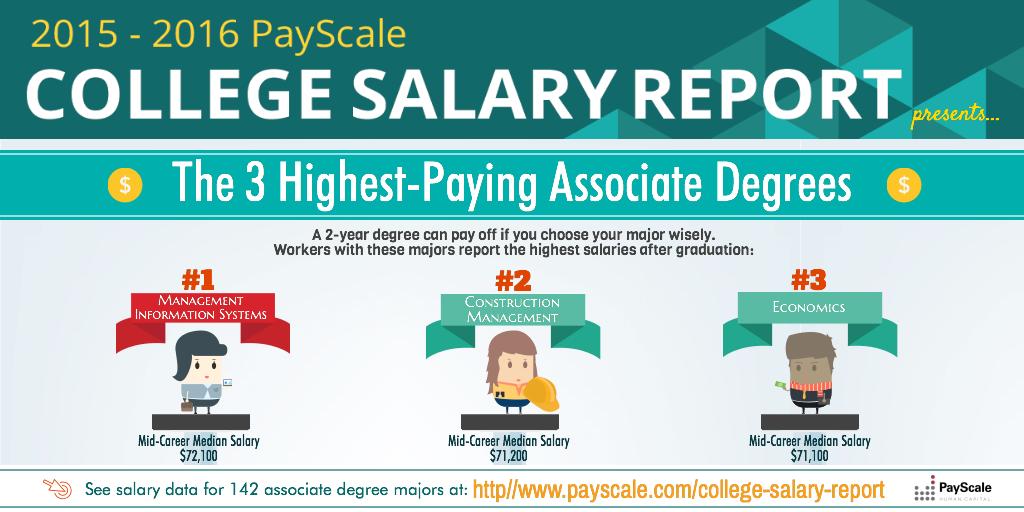 What can we learn from these rankings? Significantly, for both bachelor’s and associate degrees, STEM majors topped the lists. So, if a big salary is a big priority for you, STEM is still a good bet.

Also, nearly every top-paying major was heavily dominated by men, according to PayScale’s data. This dovetails with PayScale’s Women at Work report, which found that the gender wage gap was due in part to women opting into lower-paying fields.

Of course, there are a variety of reasons why women choose not to major in STEM subjects, from cultural messages that tell them women aren’t “good at math,” to sexism in the tech industry, to the need for flexibility in order to raise a family. Regardless, if we want to close the gender wage gap for good, convincing more women to go into STEM – and supporting their careers after they graduate – needs to be a top priority.

Nova, it does not look like #4 is bad. It seems that his/her response was directed at #3. I would also like to say to Bhuvaneshwaran: Continue in your pursuit of English. It is a VERY difficult language (they say it is the second most difficult in the world) and Nova is correct; there are many native speakers who cannot even construct a complete sentence, so do not let them discourage you. Keep chasing your dream…….things will eventually fall into… Read more »

people like gopidas,nova r rare,dis shows dere r still some gud people in dis world,u guys r suggesting him to improve his english
Apart frm dat also tells him how to improve his english & suggest me also how to give prepare for TOEFLs GRE,I’m also frm a country where is engliah is nt an official language.
Thanx in advance

It’s also possible to self study in good paying fields. I only have a G.E.D. but I’ve taught myself various software languages over the years and have been a developer for over 10 years now. Granted I usually need to sell or prove myself in interviews instead of allowing a price of paper do it for me. My salary falls in line with the top 10. Determination is worth its weight in gold.

Yes. My response has errors. Most, but not all due to autoINcorrect. Intelligent people, I’m sure you will discern both the meaning and intent of my words without me going back and editing.
Trolls, bite me!

To Bhuvaneseshwaran, please give no regard at all to comments #3 & #4 above. Some people are mean and cruel and you you will have to learn to identify and protect yourself from them because they’re everywhere. Your English isn’t perfect, but most native speakers’ English is further from perfect than yours! No kidding! (When you encounter them on the internet, they’re referred to as, “Trolls,” scary characters from very old stories once told to children. A phrase to remember,… Read more »

Dear Bhuvaneshwaran, Kindly do not feel disappointed with your current plight. Most of the people of India, especially the current educated group, faces the same grim reality. India trains annually 11 lakh engineers, mostly with promises of lucrative jobs, after paying hefty fees. Sadly very few of us make jobs in the line of education or training. Most end up in software or in marketing. Kindly do not loose heart, as it seems to be getting the better of your… Read more »

It’s funny that you’re insulting someone else on his/her lack of writing skills. It’s clear that English is not his/her first language and it’s really sad if it is your first language since you display only marginally better skills.

“If your writing skills this poor then I am surprised you passed Engineering.”

Improve your English and you might find something. It is quite obvious that you did not go to IIT or any other decent school. If your writing skills this poor then I am surprised you passed Engineering. Must be a crappy school, to be honest. Good luck!

These Bachelor Degrees pay higher than physicians without the expense or length of education.

I’m a Mechanical Engineer who passed out last year(2014) in India, still Iam not a yet found my dream job where I can earn and improve my skills. Iam really drowned i sad mood. Also I’m willing to work abroad,but there’s no proper response from Agency services, what a drag ????