One CEO is taking employee benefits to the next level – the next generation, to be exact. Boxed CEO Chieh Huang is offering to pay college tuition for all of his employees’ children as an incentive to remain loyal to the online wholesaler. Seem too good to be true? 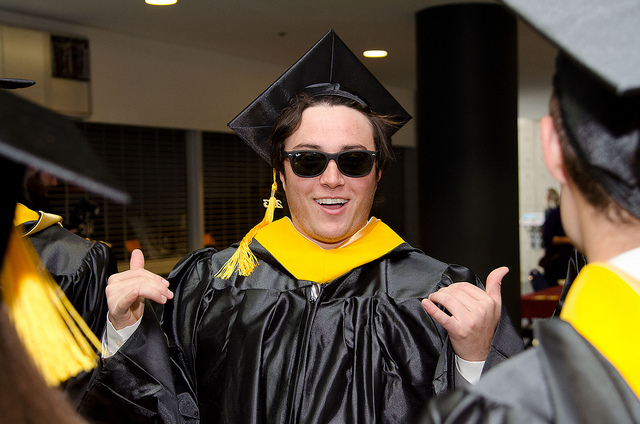 Boxed is the online equivalent of Costco, selling bulk items to the general public at wholesale discounted rates. There’s no doubt that Boxed’s business model is a genius one, indeed, however it’s the above-and-beyond employee benefits that takes center stage here. The company’s CEO, Chieh Huang, is taking the initiative to ensure that his employees are in it for the long-run by investing in their children’s futures, specifically by paying their way through college.

From an early age, Huang was taught the importance of hard work and obtaining a good education by his parents who were immigrants from Taiwan. Huang took his parents’ advice and worked his way to John Hopkins University and Fordham Law School, which began his journey to becoming a successful tech entrepreneur, according to Forbes.

Thanks to his education, Huang went on to co-found a successful online gaming company called Astro Ape Studios, which was later sold to Zynga. Huang wants to allow his employees and their children the same opportunities in life by affording them an education and career path that is as promising as it is fulfilling.

What enticed the e-retailer to take such a drastic leap and offer this incredible incentive? After opening a new fulfillment center in Atlanta, the company threw a party to celebrate, however few employees showed up. The reason? Many of the Atlanta employees either didn’t have a means for transportation to and from the event, or they lived too far from the party’s venue and traveling back to their homes at night wasn’t safe.

When Huang became aware of this, he admits that he considered providing the monetary means for those employees to afford new cars, however, as he puts it, “That wouldn’t solve much,” because “[t]he core is education.” Instead, Huang offered something much more impactful to his employees’ kids: an opportunity for a more promising future through a college education. That, my friends, is priceless.

We need more companies like Boxed with CEOs like Huang who are looking for ways to provide lasting opportunity for employees and their families, rather than solving every problem with a pay increase or promotion. Choose an employer the same way you’d choose a life partner, because, if you think about it, you spend almost as much time working as you do at home. Don’t look for a “sugar daddy” career, look for one that is going to be fulfilling, supportive, and, most importantly, lasting.

What type of incentive would you like to see your employer offer? Share your thoughts with our community on Twitter or in the comments section below.