Unconscious bias really screws things up for women in the workplace, but the battle is not over just yet. Thanks to the prevalence of more leading ladies on the big screen and on TV who play strong, successful working women, the unconscious bias isn’t so unconscious anymore. We’ll take a look at three ways Veep‘s powerhouse character, Amy Brookheimer, is showing working women everywhere that being tenacious, unapologetic, and “bossy” is nothing to be afraid of in their careers. 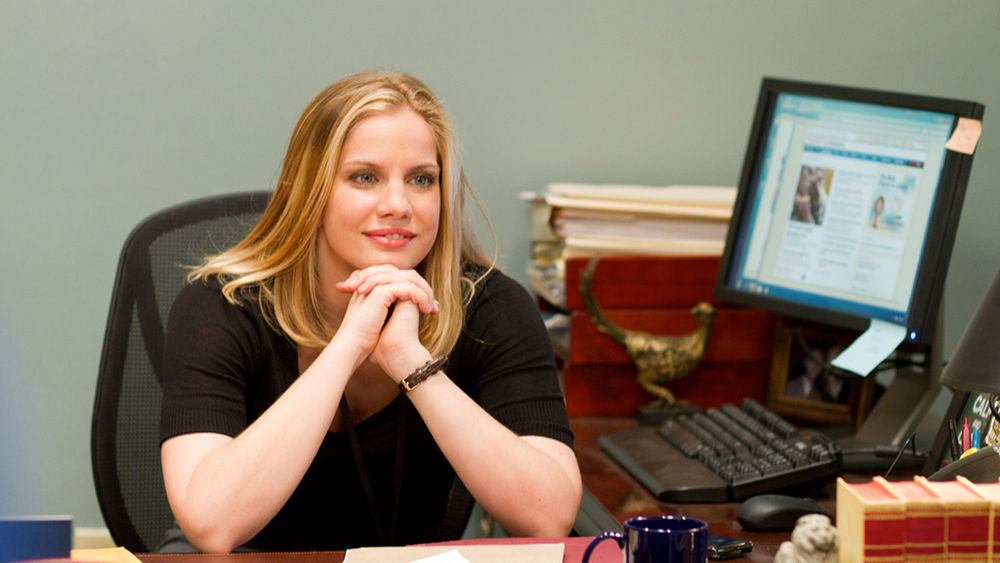 1. She’s Fine and Dandy Being a Woman in a Man’s World

Instead of tiptoeing around her job as the right-hand woman to the President of the United States (POTUS), played by Julia Louis-Dreyfus, Anna Chlumsky’s character, Amy, is a no-holds-barred, firecracker-of-a-woman who isn’t afraid to go after what she wants in her career. (Or bounce back after quitting her high-powered job, by taking an equally stressful gig as a lobbyist.)

Yes, Amy may be an extreme and much less sympathetic version of a tenacious working woman, but she definitely sets the bar for other career-oriented women who need a little nudge in the right direction.

When it comes to her career, nothing stands in the way of success for Amy Brookheimer. Despite the profanity-laden dialogue that Amy and the other characters lob back and forth, it’s nice to see a female lead in a popular TV series taking command of her career and not afraid to fight for what she’s rightfully earned.

Amy doesn’t let a few slip-ups or naysayers get in the way of her career goals, either. If anything, the trials and tribulations of her job make Amy work harder towards her dreams, which finally pays off when she’s promoted from the Vice President’s Chief of Staff to Campaign Manager during the veep’s run for the presidency.

3. She’s Not Afraid to Speak Her Mind

If there’s one thing that Amy does well, it’s speaking her mind to anyone and everyone, including her boss, the POTUS. The men in Veep are just as quick-witted and snarky as Amy, however, it’s refreshing to see a woman holding her own, especially in such a cut-throat arena as politics. This isn’t to say being as gutsy and bold as Amy is the best career move for working women in the real world, but it’s a good start in the right direction of getting women to feel more empowered and confident in their careers.

Ladies, take a lesson from other accomplished women, like Amy Brookheimer, who aren’t afraid to go after what they want in life and who aren’t apologetic about their success. Lastly, it’s not about whether or not you’re deserving of success in your career, it’s about whether or not you’ve earned it. Learn to embrace your failures and own your accomplishments, because that’s the only way you’re going to make a difference for yourself and for future generations of working women.

What other lead female characters have inspired you to find your voice in your own career? Share your input with our community on Twitter or in the comments section below.