Born between 1980 and 2000, Millennials are the largest generation group in US history, comprising roughly 75.3 million of the nation’s population and surpassing even the Baby Boomer generation. Needless to say, it’s important to understand how this crowd thinks and functions, seeing the tremendous impact they have on the workplace and how it will evolve in the very near future. Here’s a list of three things Millennials want in their lives, and three things they could simply do without … for now. 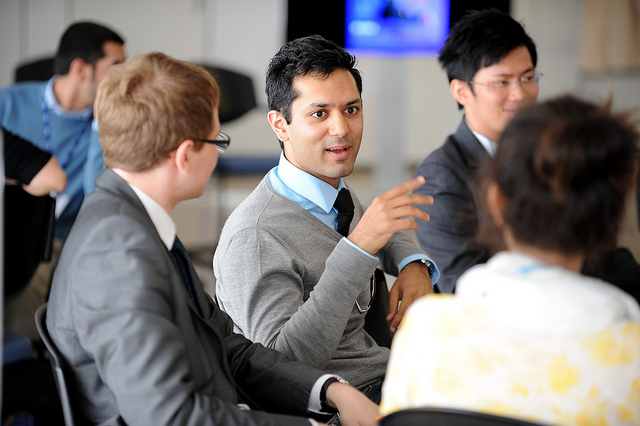 Wellness: Millennials are very health- and fitness-conscious, more so than any generation before them. According to the 2014 Consumer Health Mindset, “More than half (52 percent) of Millennials said ‘living or working in a healthy environment’ is influential to their personal health, compared with 42 percent of respondents from Generation X and 35 percent of Baby Boomers,” as reported by the Society for Human Resources Management (SHRM). However, this might be in vain, considering 55 percent of Millennials indicated that their main motivation was “to look good,” rather than “avoid illness.”

Convenience: Millennials want what they want, when they want it, and how they want it. Convenience and immediacy are at the top of Millennials’ list of wants, but that’s to be expected from a generation born into a technologically advanced and booming era where everything is bigger, better, faster, smarter. Social media has also played a significant role in making connectivity and sharing with others much easier and more commonplace than ever before – and Millennials like that … a lot. Goldman Sachs reports that, when Millennials were asked how they communicate with others about a service, product, or brand, 38 percent indicated they do so through social media, compared to 25 percent of Gen X and a mere 11 percent for Baby Boomers.

Value: Millennials were born into a very progressive, tech-driven age that encourages innovation, advancements, and connectivity. However, they also are the generation with the most debt from school loans, hence why Millennials are also known as the Recession Generation. As a result, this money-conscious generation is in the market to get more bang for their hard-earned buck. In fact, fifty-seven percent of Millennials indicated that they price check products from their phones while in the store.

What Millennials Could Do Without

Marriage: Unfortunate events like market crashes, high unemployment levels, and lower incomes have greatly (and gravely) impacted Millennials, causing them to put off pivotal life events, like marriage, for much longer than other generations. In fact, “The percentage of young people married and living on their own has dropped by more than 50% since the 1960s,” with the median marriage age 30 years old in 2010, compared to 23 years old in the 1970s, according to Goldman Sachs. The reasons for holding off could be the result of this group wanting to establish their career, rather than a marriage. Pew Research Center weighs in with, “Millennials (69%) say they would like to marry, but many, especially those with lower levels of income and education, lack what they deem to be a necessary prerequisite—a solid economic foundation.”

Children: Despite 74 percent of Millennials wanting to have children, they also feel that they can’t afford them, given the many financial distresses facing this generation. Therefore, holding off on having children isn’t a selfish act, despite the stereotype about Millennials’ motivation, it’s actually a wise financial move because childcare isn’t cheap, y’all. In fact, the Census Bureau estimated that, after factoring in inflation, families spent approximately $143 per week on childcare in 2011, compared to $84 per week in 1985, as reported on The New York Times. Put simply, Millennials don’t want to have kids they can’t afford.

Buy a Home: Millennials aren’t just holding off on marriage and having children, they’re also delaying home buying, too – understandably so, after living through one of the worst housing market crashes in US history. Millennials are also known as the Renter Generation and are more likely to bunk up with their parents, than chance an investment in a piece of property. What’s more, this generation of wary buyers is also “turning to a new set of services that provide access to products without the burdens of ownership,” which is now being referred to as a “shared economy,” according to Goldman Sachs’ research findings. At least Millennials know that sharing is caring.

Hopefully, Millennials will continue to play a vital role in shaping a more progressive and diverse lifestyle, both in and out of the office. There’s no doubt that this generation, more than any before, has the perfect platform, backing, and chutzpah to go out there and create the change the world so desperately needs. Godspeed, Millennials … now go show us whatcha got!

Are you a Millennial who wants to add a few others to the lists above? Share your insights with our community on Twitter and join the conversation. We’d love to hear your thoughts.

The New World Order central banking system and continual manipulation of everyone’s earning power via dollar devaluation over the last 100 years has finally achieved their desired result of significant population control. Now you see the banker’s owned and controlled media outlets pumping TV shows that it’s cool to live in a little house consisting of nothing more than 150 sq. feet – a shoe box. Pfft. Couple this with outstanding student loan debt whereby graduates are faced with a… Read more »

When you see housing prices rise 13 times faster than the rise in salaries and wages what does that tell you?

I’m not buying a house right now. I’ll continue to save and wait till housing crashes again, which it most certainly will.

I’m not a millennial, but I agree. However I own a house because to rent an apartment in CA is too damn expensive and the price is climbing, so for that amount I might as well get a house. the mortgage is pretty much the same. I’m married too, but I’m holding off on kids as long as I can before I have to seek assistance to conceive.