Workers expect a 4.5 percent merit pay increase in 2014, according to the quarterly report Global Workforce Insights for Compensation, which is released by consulting firm CEB. Benefits Pro further reports that employees expect an increase in bonus pay of 2.9 percent, a 1 percent increase from last quarter. 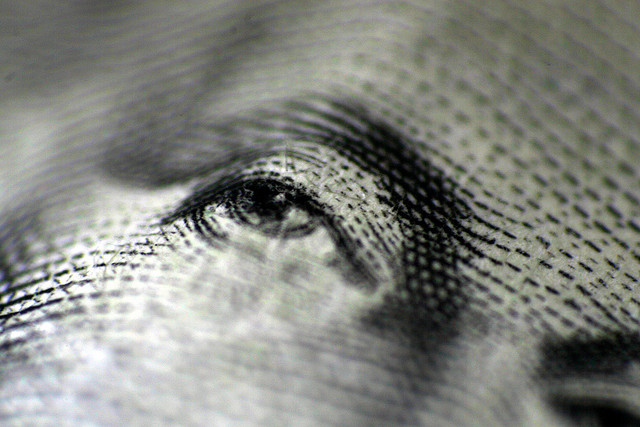 “Employers may still be pinching pennies and scanning the horizon for the signs of the next recession,” writes Dan Cook at Benefits Pro. “But employees are feeling good about the economy and — guess what? — they want more money.”

Why are we feeling so positive about the economic outlook, when millions of Americans are still among the long-term unemployed and real wages — the buying power of our dollars, after inflation is taken into account — are down 7.7 percent since 2006?

Then there’s the indisputable fact that the major employers of low-wage workers — Wal-Mart, Yum! Brands, McDonald’s, etc. — have recovered quite nicely from the recession, and are now making record profits.

Combined with President Obama’s push for a higher federal minimum wage, it’s clear that the tide of the conversation has turned to addressing wage growth, not just unemployment reduction and job growth. (Whether or not this will result in higher wages for lower-paid workers, only time will tell.)

Still, it’s not like we as workers are all gimme, gimme, gimme. CEB’s report also found that only 16 percent of respondents listed health benefits as a major consideration in seeking a new employer, compared with 21.2 percent in 2009. Plus, employees’ bonus pay expectations, while higher than last quarter, was still lower than a year ago.

In general, workers who took the survey reported feeling that they had enough money to meet their current needs, but worried about unexpected financial emergencies. In other words, if we want more money, it’s not to buy a fancy car or go on fabulous vacations; it’s to make sure we can take care of ourselves, should the unexpected arise, which is something that any good financial planner will tell you is a necessity of life, not a luxury.

Do you expect a raise in the coming year? We want to hear from you! Leave a comment or join the discussion on Twitter.