This week’s Twitter roundup recaps three trending topics that have caused quit a buzz: #SFOCrash, #AmandaBynes, and #Hyperloop. Why should you, as a professional, keep hitting the refresh button on your Twitter feed? Well, somewhere among the snark and the manic updates, you might just find some timely lessons to apply to your career. Read on to find out how the above trending hashtags relate to having a career back-up plan, what is and isn’t appropriate workplace attire, and eliminating the stress of your morning commute.

#SFOCrash – It was reported that Sheryl Sandberg and a handful of other Facebook executives were supposed to be on the Asiana aircraft that crash-landed a few days ago, killing two passengers. Thankfully, Sandberg and her colleagues did a last minute flight switch to United Airlines and escaped the disaster. These types of situations encourage individuals to take a step back and reevaluate their lives, relationships, priorities, and stressors … but it shouldn’t take a tragedy to make you take evaluate your entire life. Oftentimes, something as simple as switching to a more fulfilling job can make all the difference, because the stress of not enjoying your job can drain you.

#AmandaBynes – She’s at it again. Amanda Bynes was seen wearing a long, aqua blue wig to her court appearance for, allegedly, throwing a bong out of her NY apartment. If Byne’s bizarre behavior lately isn’t enough cause for concern, reporters that were sitting directly behind her in court stated that she could be seen fidgeting and mumbling throughout the session. Professionals, you can learn these lessons from Miss Byne’s unfortunate mistakes:

1. Look the part – If you want to be taken seriously in the workplace, then look and act the part. Ladies, the workplace isn’t an opportunity for you to show off your skimpy clothes on casual Fridays. The same goes for you, gentlemen: employees that get promoted to the top don’t show up to work in unkempt or unsuitable attire, so leave the gym clothes and club wear at home.

2. Don’t act crazy – If you behave eccentrically, people aren’t going to take you seriously. If you notice, a vast majority of great leaders in the business world are able to keep their cool and react rationally in front of others when “stuff” hits the fan. A sure way to never gain respect from your colleagues or superiors is to fly off the handle when things go wrong at work, because this tells others that you’re not capable of handling stress well, which is definitely not a trait of a leader.

3. Clean up your social media – Every single thing Amanda Bynes tweets is inappropriate — the half-nude pictures, her tweets about her plastic surgery, celebrities that she has a crush on, the list goes on forever. If there was a candidate in the running for a job position who had a social profile similar to Bynes’ Twitter account, I’m almost 100 percent sure that the recruiter or employer would pass on the candidate. Read more about cleaning up your social media profiles for your job search, here.

#Hyperloop – The Hyperloop System, or the Evacuated Tube Transport, is a high-speed, bullet train-like transportation system that will allow passengers to travel across the country in less than an hour. The Hyperloop System is actually “a tube transport system that would allow passengers to travel at high speeds,” with a trip to San Francisco to Los Angeles taking minutes. From a professional’s standpoint, this “tube” would almost completely eliminate the dreadful morning commute and traffic to and from work and employees’ job choices wouldn’t be limited by where they live and where they choose to work, which would eradicate a lot of stress in their daily lives. The company responsible for bringing this project to fruition, ET3, is already constructing prototypes of the system and plans to conduct a 3-mile test run by the end of this year. Stay tuned!

Do you have something to say about these trending topics? Share your thoughts on Twitter or in the comments section below.

Summer Dress Code: Do We Really Have to Wear Pantyhose?

Facebook in Talks to Acquire Waze: Your Daily Commute Is About to Get Social 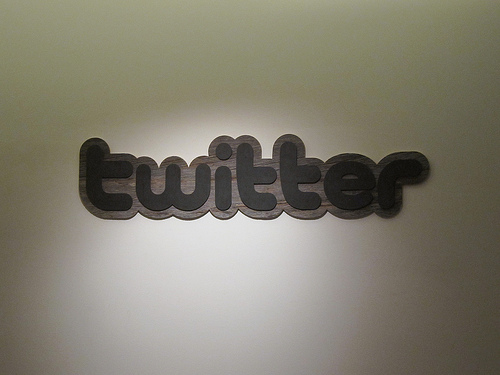