Women and men often see things differently, and this disconnect carries over to their views on social media use in the workplace. Microsoft commissioned a study to figure out why and where these differences exist between the two genders.

According to the study, men are more concerned with potential security issues that might arise from using social tools in the workplace, while women are more concerned about productivity loss. While females prefer to use social tools for communicating with colleagues, men prefer to use social media for growing their professional networks. Although, it looks like both genders do harmonize on something (hooray!) — an average of 46 percent of men and women agree that their productivity has greatly or somewhat increased because of social media use.

Take a look at the infographic to see more interesting data on the great social media divide:

PayScale wants to hear from you. What else don’t women and men see eye-to-eye on in the workplace? Share your thoughts on Twitter or in the comments section below.

5 TED Talks on Women and Leadership

Why Your Social Media Obsession Is Good for Your Career [infographic] 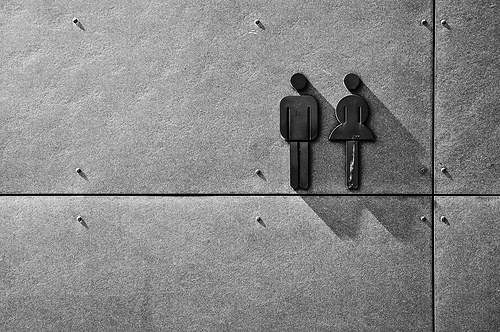