In this week’s roundup of trending Twitter topics, we discuss: a tanning salon that generated nearly $200,000 in new revenue in less than a month, via a text-based marketing campaign; Myspace 2.0 launching a sleek new social music site; and Kanye West’s newest album leak.

Text your way to the top. Seattle-based tanning salon, Seattle Sun Tan, recently conducted a text messaging campaign that resulted in almost $200,000 in new revenue in a month. If that wasn’t impressive enough, the tanning salon also racked up 4,774 new subscribers from their marketing campaign. Seattle Sun Tan provided a $20 off voucher for people who signed up for its Mobile VIP Club and all it took was a simple text. Who wouldn’t take a $20 discount on a tan, especially in the often sun-deprived city of Seattle? Marketing professionals should take note of how and why the salon’s text messaging campaign was so successful:

– The campaign offered attractive savings of $20 off.

– It was convenient for people to unsubscribe (text “STOP” anytime).

– There was an expiration date (encourages subscriber to visit the salon sooner than later … or never).

Successful text messaging marketing is possible, if done correctly and honestly. Seattle Sun Tan knew exactly what their potential customers would want and delivered just that — a considerable savings offering that was convenient and clearly outlined.

It’s finally here … again! Myspace 2.0. The once popular social networking site is now a hopeful social music site looking “to showcase creativity, foster collaboration, and promote discovery” (Music Industry News Network). What differentiates the new Myspace (lowercase “s” now) from other social sites, such as Facebook and Twitter, is how the new platform connects the social networking component with artistry that enables its users to grow, manage, and share their talents online. Think of the site as a wonderful collaboration between YouTube, Facebook, and Pandora Radio, but with a much cleaner and more unified user experience than before. Myspace 2.0 seems to be on its way to reclaiming its space and name in the social networking arena, and it definitely doesn’t hurt to have a mega-artist like Justin Timberlake to endorse the site’s revamp! This example of a company’s commitment to come back bigger and better than before, despite what critics have said, should inspire professionals who have been laid off from their jobs to reenter the job market wiser and more determined to succeed than before.

“Setbacks are temporary, as long as you don’t give up.” — Kevin Ngo

“Yeezus” — the leak heard around the world. Kanye West’s highly anticipated sixth album, “Yeezus,” created quite a stir with its name alone, but it was the album’s leak online that had the Twitter-verse tweeting away. Kanye West is already a controversial character who is known for pulling crazy antics such as interrupting Taylor Swift’s acceptance speech at the 2009 MTV VMA, so nothing is shocking when it comes to his new album. One of the more contentious tracks off of “Yeezus” is called “Blood on the Leaves,” which samples Nina Simone’s version of the southern ballad, “Strange Fruit,” (Billie Holiday’s song), which is a melancholy song about lynching.

According to The New York Daily News, “[T]his sort of ‘how dare he’ moment only emphasizes the album’s screw-you thrill […] it’s just the album it should be: a chutzpah classic.” The critics seem to like Kanye’s expectedly risky album, which is set to officially release on June 18th.

Kanye West, although smug at times, should be recognized for his ability to differentiate himself from the rest of the hip-hop/rap artists in the industry. West is better recognized and appreciated as an entertainer because of this distinction, which is something unemployed professionals can learn from during their job searches. Read more about how to stand out in the crowd and get noticed by employers in this article, “How Social Media Can Help Job Seekers Shine Bright like Diamond.”

How do you ensure that you are marketing yourself effectively and differentiating yourself from other professionals or job seekers? Share your advice on our Twitter page or in the comments section below.

Why Your Social Media Obsession is Good for Your Career 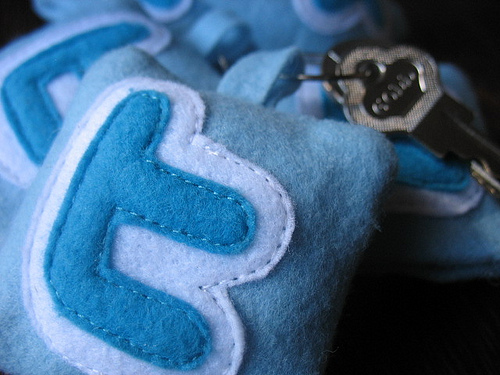