When Jim Key read the news about Wednesday’s Supreme Court ruling in favor of marriage equality, he felt an enormous sense of relief.

“For 18 years we’ve been fighting for this,” says the chief public affairs officer for Los Angeles Gay and Lesbian Center. “It feels so good to finally see it.”

Key was instrumental in the fight for marriage equality in California, particularly in rallying up support to oppose Prop. 8 before it passed and, later, channeling that loss into five years of raising public awareness about the importance of equal rights for same-sex couples.

“We won marriage equality here in California,” he says. “I mean, we had it and it was a huge, but when Prop. 8 won it was such a defeat. So it feels weird to be celebrating again. But at least this time we know it’s here for good. No one can take it away.”

Wednesday’s SCOTUS decision, though a major victory for same-sex families, is good for the entire nation, Key notes. The implications for the economy, for the workplace are far-reaching.

He points to Lambda Legal’s resources, which enumerate the many benefits of legalizing marriage same-sex partners.

“The Supreme Court’s historic ruling striking down Section 3 of the discriminatory Defense of Marriage Act (DOMA) is an enormous victory for loving, married couples and their families, and affirms that they deserve equal treatment under the law,” Lambda writes. “This victory demonstrates the importance of access to marriage, and gives married same-sex couples access to the tangible benefits of the federal safety net, allowing them to better protect one another and their children.”

Here’s a list of some of of the entitlements the SCOTUS decision grants to same-sex couples that affects their workplace benefits, among other things:

How does the Supreme Court ruling on marriage equality affect your life? Join the conversation on Twitter using the hashtag #makeithappen. 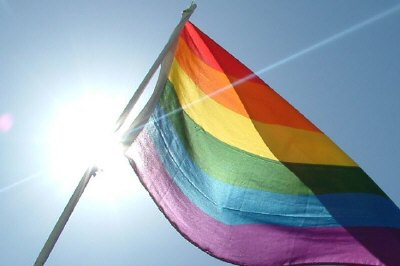