The protests last month in New York City by fast food workers at various chains highlighted a serious problem in the American economy: the fact that it is nearly impossible for people to support themselves on minimum wage.

It boils down to an age-old argument between employees and employers. Employees want to be paid a living wage, complete with benefits and job security. Employers claim that paying people a living wage with benefits makes the cost of doing business, especially in an expensive city like New York, too high.

The question society must ask is, “What is a cheap burger worth?” Is it worth a parent working two jobs and never seeing the children he supports? Is it worth not being able to pay rent? Is it worth people showing up for jobs they hate while they look for something else?

The fast food workers in New York were asking for close to double New York’s minimum wage of $8.25 per hour. They are also discussing organizing a fast food worker’s union.

The benefits to society for paying fast food workers well go beyond financial benefits. People who are paid better tend to stay with their jobs, decreasing turnover and saving the employer the cost of hiring and training new people. But people who are paid better feel respected, and they give that respect back by doing their jobs well. If fast food restaurants raise wages, the establishments will likely be cleaner. Customers see the dining room, but they don’t see the greasy kitchen.

People who are paid better and treated with respect are more likely to care about their jobs and want to keep them. In fast food, that means they will treat customers better.

Would you be willing to pay a little more money for the same fast food if you knew it was to support living wages for the workers? Please leave a comment below.

How to Budget Compensation in a Volatile Economy 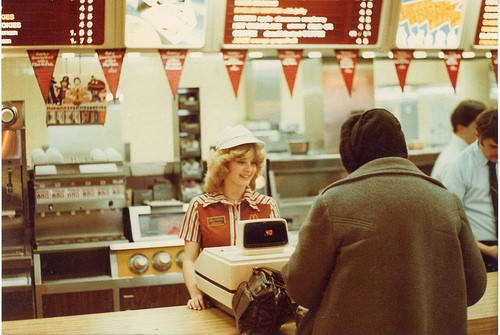 I am completely agree with you. Like medical salaries food must be raised.

The need for a strong union environment to protect workers with proper wages, safe working conditions, reasonable work hours and times for rest and meals is becoming even more imperative in today’s profit driven market.  Slavery is on the rise  and so is rampant worldwide worker importation in order to drive down labour costs and increase profit margins.  China, the Marshall Islands, Thailand, India, the US and even England’s escalating desperate worker abuse indicates a need for renewed and concerted… Read more »